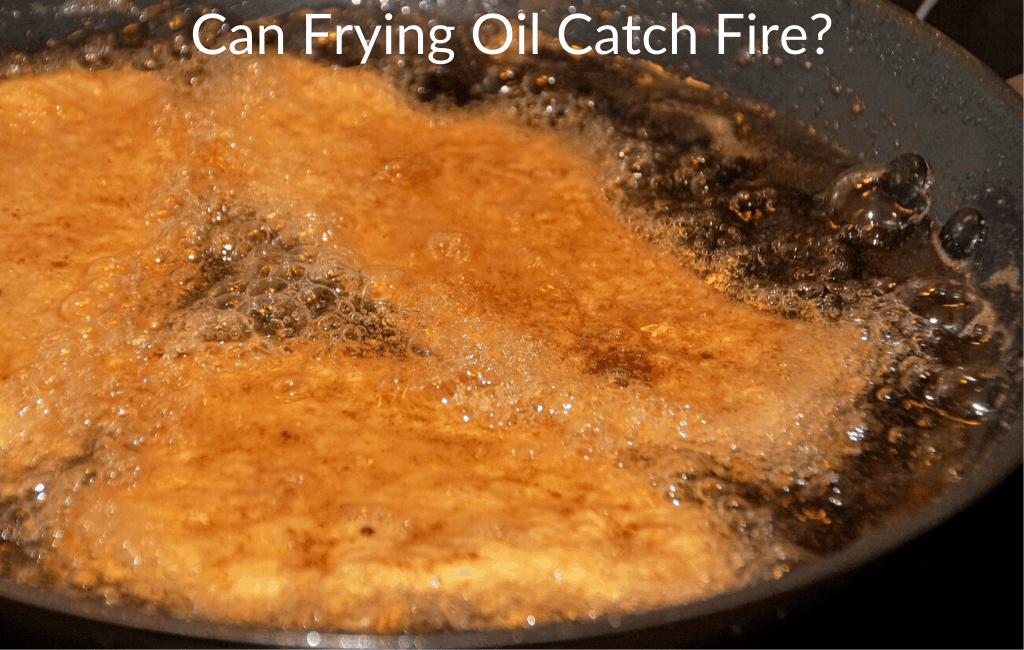 While our ancestors had to travel far and wide to forage for food, we can simply go to the supermarket and buy any food we might want to eat. While they had to eat their food raw, we can cook it in a myriad of ways, and add spices for more flavor. It was our ability to prepare our food and cook it that made us so different from the numerous animals we shared the earth with.

Cooking food not only made food safer to eat, it also made it easier to preserve. Before humans figured out how to cook food, there was always the risk of a parasite or infection from the raw meat. The raw meat also spoiled very fast as it was attacked by bacteria, flies and fungi.

We are masters of cooking and preparing food for consumption today. However, out of all the methods we use to cook our food, none is more polarizing than frying.

Frying oil does often catch fire and is incredibly dangerous when it does. Commonly known as stovetop oil fires or grease fires, burning cooking oil is the leading cause of injury and property damage in the kitchen.

What Is Frying And How Does It Work?

Simply put, frying is nothing but cooking food in oil or some other fat. In any type of cooking, the food that is being prepared needs to be heated. With frying, the oil or the fatty substance acts as the conductor of heat, from the source to the food.

Water usually boils at 212 degrees fahrenheit, this means that anything cooked in water will cook at that temperature. This is where frying comes into the picture. Frying allows you to cook food at a much higher temperature.This allows food to be cooked relatively quickly, while also developing a crispy carbonized outer layer.

There are various types of frying. These are differentiated based on the amount of oil used.

Sautéing is a technique commonly used to cook vegetables. It involves a very small amount of oil in a shallow pan. This technique generally uses high heat.

Stir frying is a technique that originated in China. It usually refers to cooking vegetables, coated with oil, in a wok under high heat.

Pan frying is a technique which is often used to cook breakfast meats like sausages, salami and bacon. It uses minimal oil (usually just for lubrication) and is under medium heat.

Shallow frying is a cooking technique where the food item is partially submerged in oil. It is commonly used to make battered and portion sized items like pakoras, meat and fish.

Deep frying is a very common technique that involves cooking a food item by submerging it in hot oil. Common deep-fried foods are potato chips, french fries and doughnuts.

Cooking oil does often catch fire and is incredibly dangerous when it does. Commonly known as stovetop oil fires or grease fires, burning cooking oil is the leading cause of injury and property damage in the kitchen.

For any fire to ignite and burn, it needs three elements, oxygen, fuel, and sufficient temperature. This is known as the fire triangle. Oil fires are mostly caused by excessive heating of cooking oil over a stovetop. When oil is in a pan and is heated to a very high temperature, some of the oil vaporizes. These oil vapors act as the fuel that can burn. The oxygen is the last component required for the fire to grow, and is unfortunately present all around the pan in the form of air.

Burning frying oil is extremely hot and volatile and can cause serious injury or even death.

How Can You Put Out An Oil Fire?

If you find yourself in a kitchen where cooking oil has caught on fire, you need to be prepared to put it out to save yourself and the people and property around you.

To understand how to extinguish fires, we must go back to the basic elements that allow a fire to burn, the fire triangle. The three elements required for a fire to light and continue to burn are oxygen, fuel and temperature. In dry fires (fires that burn on dry substance like wood), pouring water on the flames is enough to put it out. The water lowers the temperature of the fire and takes away the oxygen, putting it out.

However, putting water on an oil fire is a very bad idea that might worsen the situation. As we all know, oil is less dense than water, and hence floats on top of water. If you choose to douse your cooking oil fire with water, it is going to spread the fire, as the burning oil will begin to float on the water. Now, if we can’t use water, what else could we use to put out the fire?

Using a fire extinguisher naturally comes to mind next. However, this may not be such a good idea either. Fire extinguishers work by propelling a flame-retardant powder or CO2 to put the fire out. But this is from a pressurized container. If you use a fire extinguisher on an oil fire, it will blow the burning oil out of the pan, spreading the fire onto other surfaces.

The most effective way of putting out an oil fire is to smother it out. If it is in a pan or a container, it is recommended to immediately put a lid on the pan. This will cut off the oxygen supply to the fire, thereby putting it out.

Alternatively, in case you do not have access to a lid, you can use a damp cloth or towel to smother the fire.

Fire is a dangerous thing. While it helped our ancestors leave behind the stone ages and transcend into the dominant species on the planet, it can also destroy our homes and cause injuries. Oil fires are some of the most dangerous kinds of fires that we must deal with.

Hopefully, this guide has given you enough information to tackle an oil fire if one ever arises. Just do not panic and smother the fire out. And as always Have Fun and Be Safe!!